The royal palace of Ulriksdal was built in the 17th century, and an extensive park was created for the palace. Here, one of Sweden's most attractive Baroque gardens was laid out.

When the park ideal of the English romantic style became popular in the late 18th century, 2,000 trees were planted to create a more relaxed park in contrast to the strict, symmetrical Baroque style.

There are several sculptures to see in the park, including Per Lundgren's The Blackamoors Pulling a Net group, which stand on either side of the footbridge across the Igelbäcken stream which flows through the palace park.

The park is home to several buildings dating from the 17th century through to 1860: a royal palace, an orangery, a chapel and an 18th century theatre.

'Royal Walks' can be downloaded free from App Store

External link, opens in new window.. The app offers complete walks following a theme or category. Texts are in Swedish and English and are illustrated with historical and more recent images. 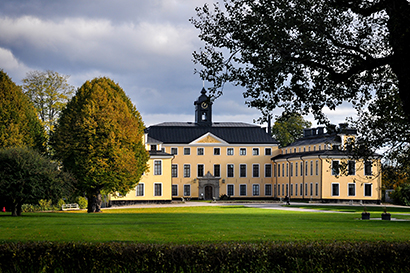 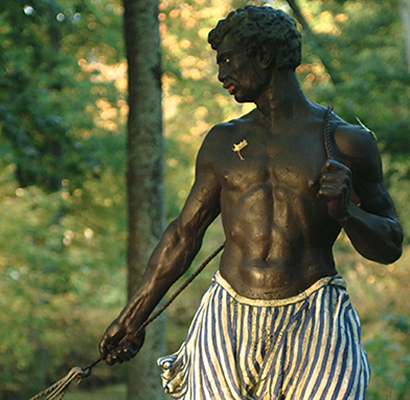 There are several sculptures worth seeing in the park. Photo: Gomer Swahn/Royalpalaces.se 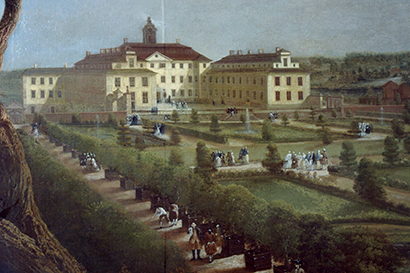 Detail of Johan Sävenbom's 18th century painting of Ulriksdal Palace and its park.

Discover south of Djurgården, Haga Park and Ulriksdal Park with the Royal Walks app – an interesting and accessible guides to the parks.

The world's first national city park dates back to before the time of Christopher Columbus. Here, nature, culture and entertainment all c...

Royal Djurgården is Stockholm's most popular recreation area. The area is unique in terms of its natural, cultural and recreational signi...

Haga Park is perhaps Sweden's foremost example of an English landscape park and also known as the “Gustavian Park" as it was initiated by...

The Fjäderholm Islands are a popular destination both for tourists and Stockholmers, offering archipelago cuisine, handicrafts and culture.