The Royal Armoury was originally where the Swedish kings' weaponry was stored. Today, it is a museum with ceremonial equipment, weapons and costumes.

The Royal Armoury is located at the Royal Palace of Stockholm, with its entrance at the beginning of Slottsbacken from Skeppsbron, and displays ceremonial equipment, weapons and costumes from Sweden's royal history.

For example, visitors can see King Gustav III's masquerade costume with the bullet hole where he was shot, and King Karl XII's blue cap which still has mud on it from when he was shot and fell down in the trench.

The Royal Armoury is part of the National Historical Museums, and comes under the responsibility of the Swedish Ministry of Culture.

Top image: Streiff, the horse ridden by King Gustav II Adolf at the Battle of Lützen in 1632. Photo: Erik Lernestål 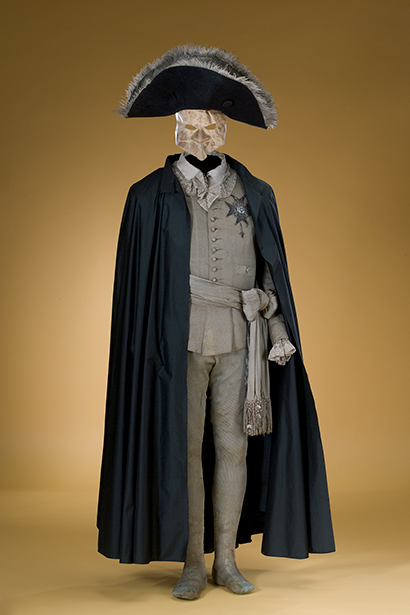 The Thinking Hand is an annual scholarship competition for young draftsmen. The nominated entries will this year be exhibited at Royalp...

This will be Alice Aycocks first solo exhibition in Scandinavia, and consists of six monumental sculptures from her acclaimed 'Turbulence...

The "Look at the rugs – find me" exhibition will be extended until 4 October. The major exhibition at the Royal Palace gives visitors the...